We took a new route to Blair House this week, coming round north of Kirriemuir, which gave us a star Macintosh-Patrickesque view straight up the glen.

What I didn’t know taking this photo was that somewhere on top of that ridge of hills, Barry the builder was taking the opportunity to walk the 15 miles up Glen Clova from the Airlie Monument (on the far left) to Blair House, to be picked up by his man with the van and taken home for tea.

Meanwhile the man, with the van, wrestled all day repairing dodgy harling which has suffered from damp creeping in under the upstairs windows. This issue which should be resolved with some improvised slate windowsills.

By the afternoon, he was building up layers of cement over the damaged brickwork. Plenty of work for the painting parties to do in May!

Inside everything was progressing including doors, toilets, and the new kitchen. The units are white, not blue, but they have plastic covers on:

Outside, Glen Doll has burst into flower.

Here it is under the hand-lens, with its red stem and wild spikey leaves:

I also pinned down two varieties of Polytrichum: this one is Polytrichum commune, the characteristic starry green mounds you see in the woods (apologies for the photo):

While this, which was growing all in amongst it, is Polytrichum strictum, like miniature bullrushes:

There were also lots of particularly furry grey mosses, their long hairs designed to condense mist. I think this one might be Grimmia trichophylla:

There were also rocks curtained with this one, like miniature pale-green ferns, which I think is Hypnum jutlandicum:

I didn’t have time to identify this bright brindled one up a tree:

Why is moss so interesting, particularly in Glen Doll? Because it is one of the richest forms of life in the area. There were scores or hundreds of varieties around us. They love the damp woodland and clean air of the glen and are an indicator of the healthy, undisturbed habitat. Also with my love for tiny, intricate, secret shapes and colours, I think their miniature, hidden worlds are particularly beautiful. And because I’m lazy, I like the fact that they’re very easy to spot and sit still for photographs.

But oh, all right, I’ll leave you with a flowering plant. There are Primroses innumerable.

I have dragged myself away from my friend Lucy Lawrie’s new story, The Last Day I Saw Her, to write a much-needed update on Blair House. Lucy was my great Blair House childhood friend and we have been longing to get back there together for years. And The Last Day I Saw Her, I discover, has a starring role for one Glen Eddle, a place of forests, rivers, crags, friendship, peace, and idyllic childhood holidays. I think my picture dated November 1987 of charging through a conifer plantation on a treasure hunt fits Lucy’s descriptions better than the elegant girls actually on the cover…

Meanwhile, the refurbishment of Blair House is coming on excellently. I went up today with Dad and found the tops turning white: 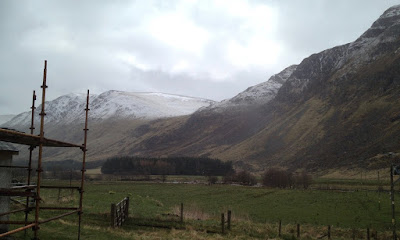 The builders are going to finish the inside before doing various bits of work on the outside, which means we can get in and start painting and moving back in much earlier than I anticipated, in May! Opening in June?!

Showers are appearing: this one replacing the bath in the downstairs bathroom, and one in a new shower room upstairs. George Harris exploring in the background:

The basin has been refitted in the big bedroom – after my sister pointed out it was really handy for families with small children. And a new toilet and an old door are just hanging out there chatting:

New windows and cupboards everywhere: these are in the former scullery, now hopefully a more convenient entrance: 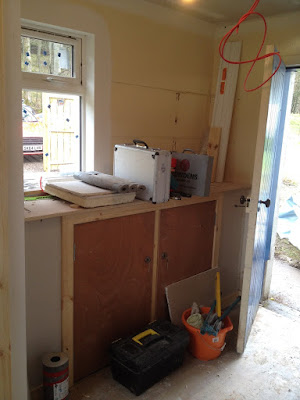 This platform is solving the health-and-safety hazard which was coming straight out of the porch door and down two concrete steps. It has already been christened the Knitting Platform: 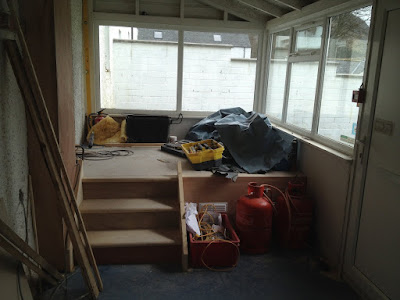 Not everything is new. Most of the doors have been put back this week: I like the way this one has “keep” pencilled on it, and still has its number 10 on it. When we are painting I think these old numbers may just have to be preserved! 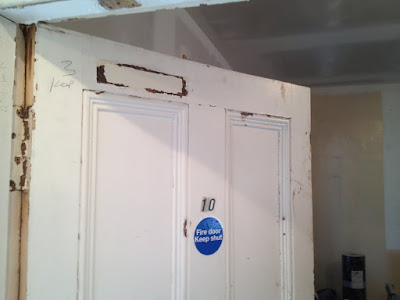 The old kitchen is the new drying room/ coats room. It has also gained a cupboard thanks to a kitchen unit muddle. 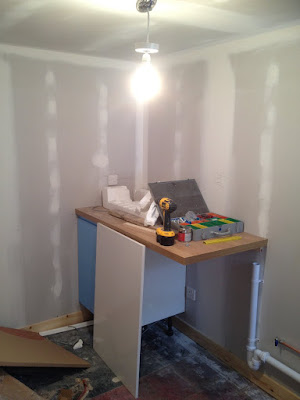 I’m sorry I haven’t got a picture of the kitchen going in: it was full of builders sitting around the fire. It looks good though: I will definitely take a picture next week.

I’m hugely grateful to the builders Barry Greenhill and his team from Forfar who are making it all happen so efficiently and cheerfully. 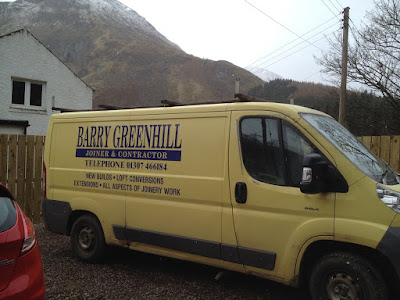 Lady’s Mantle and turf-moss in the snow in the garden. 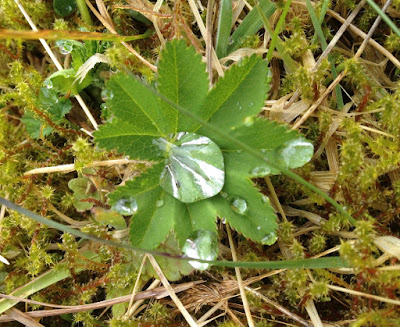 And if you’ve ever stayed at Blair House – or lived in Edinburgh – or wish you had – I think you’re going to like Lucy’s book.

More Blair House photos and updates on the Facebook page.