This guest post by medical ethicist and Church of Scotland minister Professor Kenneth Boyd was delivered as a sermon at Evensong last night. I have heard him preach many times before but this one seemed particularly worthy of a wider audience. I hope you agree. 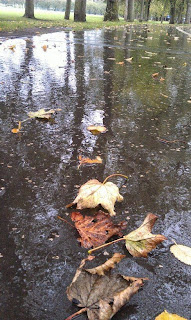 ‘Abundant rain’, promised by the prophet Joel in our first reading tonight, ‘poured down’ on Friday and much of yesterday, right on time, exactly as promised by the weather forecast on the BBC News website. The accuracy of modern weather forecasting, at least for the next few days, never ceases to amaze me. The science of weather forecasting, pioneered in 19th century Edinburgh by Alexander Buchan, Secretary of the Scottish Meteorological Society, has been of great benefit to humanity: it has saved countless lives by its warnings and it has assisted better planning of all sorts of future projects. It has of course limitations, as the forecasters themselves also warn: better and more accurate systems still need development to avoid tragedies like that on the Japanese volcano last week, or the fatal consequences of many of the extreme weather events increasingly related to climate change; but the scientific precision of modern meteorology is undoubtedly something to be grateful for; and an enormous advance, some might say, on the vague promises of ‘the early and the later rain as before’ uttered by the prophet Joel in our first reading tonight.

That said, it cannot escape notice that the scientific precision found in meteorology is also to be found in the science of ballistics, which is concerned with the launching, flight and exact landing of projectiles, and which at present therefore is of great relevance to the armed forces of our own and other nations who are pouring down a different kind of rain as they attack from the air the IS militants in Iraq and Syria. The historical and political reasons for this conflict are greatly complex and in their effects deeply tragic — not least this last week, in the murder of that truly good man Alan Hemming from Salford. But even deeper than the historical and political reasons for this conflict, is that darker side of human nature, against which the human goodness of Alan Hemming stands out in such contrast. The goodness of this ordinary man, simply desiring to help others in need, as he travelled with his Muslim friends, to convoy medical and food aid to refugees in Syrian camps — that goodness stands in stark contrast to the near madness of the desire at all costs to dominate and subjugate others, so cruelly and callously demonstrated by the words and actions of the IS militants. And that near madness in turn also stands in stark contrast to the rationality of the sciences which provide the weapons with which the rest of the world may be able, at least on the most optimistic scenario, to geographically contain that madness.

What these current events remind us of then, is what we still lack: a science of human nature and relationships, a science with which to guide the ballistics of the human heart into the ways of peace, justice and the gladness of which the prophet Joel spoke in our first reading, when the inhabitants of the land ’shall eat in plenty and be satisfied’. How long ago was that written? Nearly two thousand five hundred years ago; and yet after all that time, and even with the more recently rapid advance of so many sciences, the land of Israel and Palestine of which Joel spoke seems no nearer, and perhaps even farther away from that long deferred peace and plenty. Even now, we have no science of human nature and relationships, to put all these things right.

But is that correct? We do, of course, have what are called the human sciences, of psychology and social science for example, and also of historical research and political science; and all of these have important insights to contribute to our understanding of human nature and relationships, insights based on non-partisan analyses, which if we attend to them may help us see through the more extravagant and unsubstantiated claims of politics, the market, ideologies and religions. But of themselves these analytic insights may not be enough to guide us and the world to a better place of peace and justice. As well as these scientific insights, we need a science of a deeper and less academic sort: the word ‘science’ at root simply means knowledge, and the kind of knowledge we need is self-knowledge – which is precisely what our second reading tonight tells us about.

‘Do not worry about your life’ Jesus says, but ‘strive first for the kingdom of God’. What does this mean and is it even possible? To get a sense of what Jesus meant, I think, we need to remember that he also is quoted as saying that the kingdom he spoke of was not a visible earthly kingdom, and that it was ‘within you’ and ‘among you’. The kingdom of God, in other words, is a way of living with and relating to one another and ourselves. It is a way of living and relating that is not disturbed and disfigured by fears and anxieties, especially those fears and anxieties that derive from seeing and valuing everything and everyone mainly or even only from our own point of view. Defending at all costs our own interests as we conceive them, and maintaining at all costs our own self-image, can lead to a very untruthful view of the world, since clearly there are other people in it. And if we find means of power over others, either as petty domestic or workplace tyrants, or as IS militants, we may become infected in different degrees by that near madness I mentioned earlier – the near madness of a secret desire to assuage our own fears and compensate for our own inadequacies by trying at all costs to dominate and subjugate others.

How is the kingdom of God different? Above all because it is the kingdom of forgiveness — a way of living with and relating to one another and ourselves that frees us from the need to maintain those appearances that can lead us into the absurdities of pride or the depths of despair — a way of living and relating that humbly and happily accepts that we are all in this together: God-forgiven first, and then slowly self-forgiven sinners, but thereby also given strength enough and courage enough to get through and wherever possible get over whatever causes our current fears and anxieties.

To strive for the kingdom of God is to strive against all those self-deluding and defensive reactions, moods and habits which render our view of the world untruthful — to strive against them, above all by holding fast to a deeply felt conviction that living goodness is at the heart of all things, including the human heart of each one of us, and that even our smallest efforts to love our neighbour as ourselves contribute to the coming of the kingdom, on earth as in heaven.

That may still seem a small thing in the great scheme of things, on the war-torn littered beaches of the world, where ignorant armies clash by night. And it will still be the task of generations well beyond our own to enter more deeply into that conversation and communion of faiths which also is needed to contribute, in global terms, to the coming of the kingdom, on earth as in heaven. But the kingdom of God and forgiveness, Jesus says, always is now open to us to strive for; and if we do that, striving for the kingdom of God each in our own different and particular way, as Alan Hemming from Salford did in his, with his Muslim friends, that will be our best way of paying tribute to him and to all the saints of God, who have fallen, fighting the good fight of faith and forgiveness. May they rest in peace, and rise in glory.